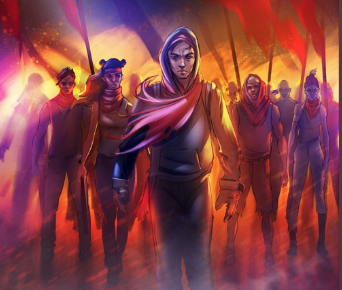 Launched by KSHMR in 2017, Dharma has since released dozens of singles and EPs from some of the most exciting names in EDM. A sub-label of Spinnin’ Records, it has put out music from the likes of Crossnaders, Jetfire, Mike Williams and of course KSHMR himself.

Collaborating with The Far East Movement and Dev, KSHMR’s biggest commercial success came in 2010 as part of production duo The Cataracs, with the smash hit ‘Like A G6’ spending three weeks at #1 on the US Billboard Hot 100. As a solo artist, he is best known for ‘Secrets’, the huge 2015 collaboration with Tiesto that has racked up over 40 million Spotify streams to date. He has since produced a wealth of hit tracks, such as ‘Megalodon’ ‘Burn’ ‘Karate’ and ‘Wildcard’.

One of the most forward-thinking electronic music record labels, Dharma’s showcase at ADE is destined to be one of the highlights of what is a huge week in the dance music calendar.

adminhttp://ground.fm
About Me. I am an admin.
Previous articleMusic producer TCTS reveals new song ‘Not Ready For Love’ ft Maya B
Next articleAllow yourself to question whether it’s ‘Chemical Or Love’ in Barrea’s latest song